We just received a nice group of photos taken by Harry and Marjorie, who took the journey all the way from England to be part of our walk.

Thank  you Harry and Marjorie! 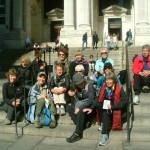 We all sit on the steps of New York Public Library. 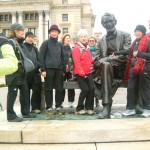 The gang posing with “Honest Abe” by the Essex County Courthouse in Newark, New Jersey. 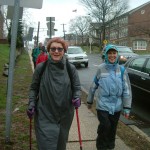 Kathleen and Diane in the lead as we travel from Newark to Cranford on April 4. 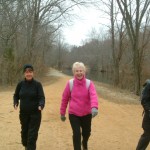 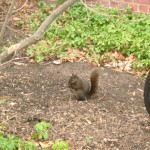 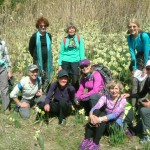 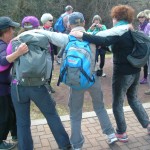 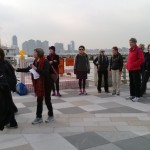 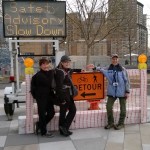 “Detour” near the Paulus Hook station. 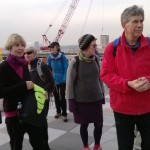 On the waterfront near Paulus Hook station. 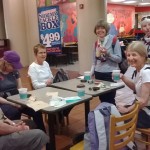 Market East station near our hotel in Philadelphia. 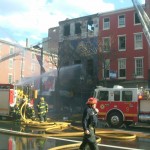 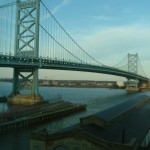 A nice view of the Ben Franklin Bridge. 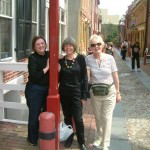 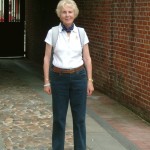 Marjorie on the alleyway of Franklin Court in Philadelphia. 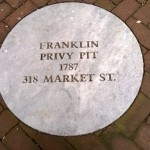 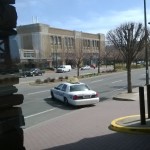 Kathy, Keith and others leaving the hotel on the 14th.